Beating the Odds Through Intuition – a Matter of Life and Death

I wrote this in 2004 and feel the need to spread the message of this story:

How many times have any of us ignored our inner voice, only to regret it? The other day my 85 year-old father wanted a tomato out of the refrigerator. My instinct was to get up and get it for him, even though I had difficulty walking because of recent foot surgery. My father insisted on getting it himself. Still, a little voice nagged at me that I should get up and get the tomato. I didn’t listen. Sure enough, he fell as he tried to pull the vegetable drawer open. Fortunately, he wasn’t severely hurt, but I kicked myself for not paying attention to my intuition. I’m writing this article about an experience of a former student of mine to support taking those hunches with dead seriousness, every time.

I’ve known a 19 year-old young man, whom I shall call Jake, since 1995 when he was in 4th grade. I taught him art, photography, and social studies from 6th grade through 10th grade in an arts-based, Waldorf-inspired school in Virginia. Jake is an exceptional young person on many fronts – as a naturalist, a leader and a photographer. His devoted and spiritually awake parents consistently built on his strengths. Their family were homesteaders of 180 acres of land where they have carved out a highly functional and beautiful living space consisting of a house, a studio/teaching area, a shop, a garage and a pool. Their driveway is one mile of steep dirt and rock. It feels like three miles to drive.

Jake always was an acute observer of nature, sighting a species of northern fencepost 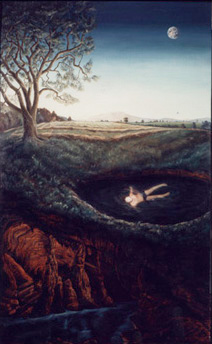 lizard and a spotted turtle in 6th grade that had never been documented in the Virginia before. He is currently building a 20 x 16 foot house with a loft. This three-year project involved clearing the land for the building site as well as for a large, exceptionally productive organic garden. He is a serious photographer who assigned himself the task of keeping a visual diary this year comprised of taking a picture everyday. While still in high school, he shared his passion for nature by conducting annual summer camps for nursery and kindergarten students, taking responsibility for twelve young children in the woods from 9 to 3 everyday. He’s also ran his own camps for 7-12 year olds, as well as mounted overnight backpacking trips for teenagers. His experience in the wilderness has helped develop an acute sense of direction. He is a hard-working, original thinker who has already devoted his young life to strengthening the connection between human beings and nature. Fortunately, the process involves him being connected to himself and what his intuition tells him.

In June of 2004, Jake drove his truck down his long driveway with his friend, known as Matt for this story, to set off for the Bonnaroo Music Festival in Tennessee. When Jake had driven three or four miles from home, he heard a voice saying “Take your boots with you.” Though he didn’t understand why he should bring his boots, he turned the truck around, drove back up and got his Gortex, rubber-soled, heavy-duty hiking boots. Then he and Matt drove 12 hours to the rock concert. Around 200,000 people were on a farm with big open fields. The Grateful Dead, Bob Dylan, Ween, and Tool were among those playing. The next day, Jake had a feeling there was going to be a major storm. He called his mom who looked on the weather channel and saw that a large storm system was predicted for the afternoon. Sure enough, there was a violent downpour. Before it began, Jake said to Matt, “I have a feeling that someone’s going to be hit by lightning. Let’s get in the truck.” So they watched the hail and lightning and sheets of water for about an hour. The rain clouds moved on and people were beginning to return to the soggy field, romping in the mud in their bare feet as the Grateful Dead resumed playing. Jake was about to get out of the truck when he heard a voice that said, “Put on your boots.” He listened and did just that. He and Matt started walking down to the large crowd of music lovers when an unexpected bolt of lightning swept horizontally across the sky and sent three prongs to the ground. Jake saw a white blaze. His arms flew up automatically to his chest. He felt as if his heart stopped and then experienced a burning sensation down his spine and into his feet. He sat down in a daze for twenty minutes, disoriented and in shock. His life flashed before his eyes as he sat. In this strange state, he was vaguely aware of flares going off and ambulances coming and going. Matt, who had seen the white flash and experienced ringing in his ears, helped Jake up. All of a sudden, Jake had such a massive surge of energy he thought he was okay. He felt supercharged, went down to listen to the Grateful Dead and stayed up all night. At 6:00 in the morning, he was feeling strange enough that he knew he better head for home. His excellent sense of direction was disturbed and he got lost numerous times. When he drove under power lines, he got severe headaches. Staying in a motel that night, his high energy level prevented him from sleeping again. When he got home, he told his parents he’d been hit by lightning. His left eye drooped. He had difficulty putting his thoughts together. His arm shook or jerked. He couldn’t write normally. He couldn’t operate a camera. His heart was experiencing irregularities   After two more nights of not sleeping, he had six days of not being able to do much of anything but rest. He and his family figured out he was hit on the left side of his head because it was swollen and peeling and his curly hair stuck straight out. A doctor confirmed the heart irregularities with an EKG.

Listening to the national news in Virginia upon his return from the music festival, Jake, his parents and Matt discovered why the ambulances had come while Jake was sitting dazed on the ground – the two other prongs of lightning from the bolt that hit Jake each struck another person. They both were killed. Neither had heavy-duty foot gear on. Jake’s boots broke the ability of the lightening to make contact with the ground. 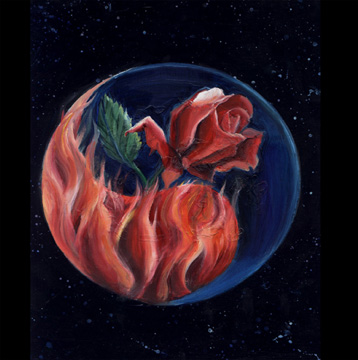 Jake is alive because of his vigilance in paying attention to his intuition. Taking positive action on the messages from his inner voice saved his life. I share this story in hopes that we all can be strengthened in our alertness and faith in the internal guidance that spontaneously and mysteriously arises. If we maintain our watchfulness often enough and long enough, and ACT ON THE MESSAGES WE RECEIVE, there’s a very good chance we’ll end up leading a life with few very regrets.